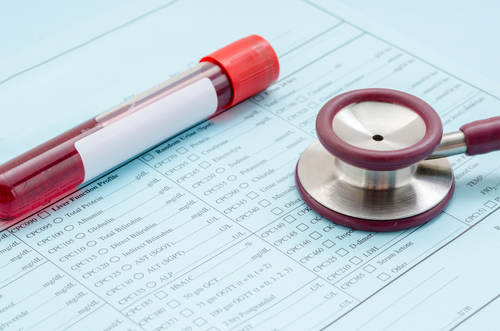 A large-scale analysis of the proteins and lipids found in the blood of people with Pompe disease showed significant changes involving inflammatory responses and the suppression of cellular processes such as immune function and lipid metabolism, a study reported.

The study, “Combined proteomic and lipidomic studies in Pompe disease allow a better disease mechanism understanding,” was published in the Journal of Inherited Metabolic Disease.

The hallmark of Pompe disease is the abnormal buildup of a sugar molecule known as glycogen. These glycogen accumulations lead to damage in the organs and tissues — especially the lungs, heart, and skeletal muscles — and impair their function.

However, the exact mechanisms leading to cell and organ damage are not fully understood.

Protein analysis is widely used to find biomarkers related to disease processes. But testing for single proteins may not be sufficient to understand a disease’s mechanisms. Instead, identifying complex disease-related protein networks can be more informative.

Lipids — fats and other molecules — also have diverse functions, and are involved in cell membrane composition, energy supply, and signal messaging in cells. Alterations of lipids in tissues can also reveal disease processes, even before symptom onset.

As such, the researchers theorized that investigating large-scale protein (proteomic) and lipid (lipidomic) profiles in the blood of Pompe patients might provide new insights into disease mechanisms. Specifically, the investigators sought to identify new biomarkers and to develop new therapeutic strategies.

To this end, scientists based at the Bambino Gesù Children’s Hospital IRCCS, in Italy, analyzed the proteomic and lipidomic profiles in 12 people with Pompe disease and compared them with profiles from age-matched healthy individuals (controls) to identify disease-related changes.

The study included seven men and five women. Seven of the participants had infantile-onset Pompe, and five had late-onset disease.

Compared with the control group, the Pompe patients showed increased blood levels of several proteins. These included two, called PKM and LDHB, that are involved in glucose metabolism, and four — C4A, C4B, SERPINA1, and HP — that take part in inflammatory responses. Another three, known as SERPINA1, A2M, and F10, contribute to blood clot formation.

No specific changes were found in relation to disease onset.

Notably, the results from two people with Pompe differed from others and resembled those found in the control group. Both of these patients had milder disease symptoms and received a screening diagnosis due to a positive family history. However, in contrast to the control group, the lipid metabolism proteins PON1 and GPLD1 were decreased in these two individuals, “indicating these proteins as possible discriminant between [Pompe disease and controls],” the researchers wrote.

Of the total 25 proteins with altered levels, 18 protein-protein interactions were found, which are part of blood clotting, immune system, and glucose metabolism pathways.

“Noteworthy, each couple of down- and up-regulated proteins clustered together … suggesting the existence of common biological processes as seen for PKM and LDHB both belonging to [glucose metabolism],” they added.

The lipidomic analysis identified molecules that differed between patients and controls. Among the 15 most relevant for this distinction, the greatest difference was found in the lysophosphatidylcholine class, which showed lower levels in people with Pompe.

As the PON1 and GPLD1 proteins are involved in phosphatidylcholine metabolism, these results confirmed alterations in this process in Pompe disease, the team said.

No significant correlations between the proteomic and lipidomic analyses with clinical and routine laboratory data were found.