Starting treatment with enzyme-replacement therapy (ERT) in the first days of life appears to lessen the risk of hearing impairments in children with infantile-onset Pompe disease (IOPD), researchers report.

“Our study may enhance awareness of early intervention before hearing-related morbidities can develop in patients with IOPD,” its researchers wrote.

The study, “Hearing characteristics of infantile-onset Pompe disease after early enzyme-replacement therapy,” was published in the Orphanet Journal of Rare Diseases.

Pompe disease is caused by deficiency of the acid alpha-glucosidase enzyme. Enzyme-replacement therapy, as its name implies, involves therapeutic administration of this enzyme.

It has been established that ERT can improve survival outcomes in children with IOPD, and help to preserve motor skills and cognitive development. However, less is known about the effect of ERT on Pompe symptoms such as hearing loss.

Researchers in Taiwan reported data on 19 children with IOPD who were diagnosed at birth and quickly started on enzyme-replacement treatment from 2010 to 2018. Their mean age at ERT initiation was about 11 days old. (Newborn screening for Pompe began across Taiwan in 2008.)

“To our knowledge, this is the largest cohort [group] of patients to be investigated for the audiological [hearing-related] characteristics of IOPD after receiving early ERT,” the researchers wrote.

All but one of these children, as newborns, underwent a screening for hearing loss. Of the 18 newborns who were screened, two showed signs of hearing impairment at this early age.

At the time of the most recent hearing exam — at which point patients ranged in age from less than 1 year to over 7 years — six of the 19 children, or 31.6%, showed signs of hearing impairment. By comparison, in another study where ERT was started later in life (just over 20 days after birth, on average) the rate of hearing impairment was 60%.

None of the 19 patients in this study had needed any kind of hearing aid.

The most common type of hearing impairment — reported in four children — was sensorineural, meaning that hearing was impaired as a result of damage to the nerves that carry signals from the ears to the brain, to the hair cells within the inner ear, or the brain’s central processing centers.

By contrast, conductive hearing impairment — when sound cannot travel through to the inner ear — was reported in one child, and mixed-type hearing loss in another.

“The relatively low rate of conductive hearing impairment was probably due to the effect of early ERT,” which may have lessened dysfunction of inner ear muscles that can cause conductive hearing loss, according to the scientists.

“Early diagnosis and early initiation of ERT within two weeks after birth appear to contribute to improved hearing outcomes for patients with IOPD,” the team concluded. 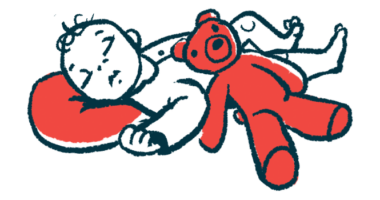