A better understanding of Pompe disease-causing genetic mutations may help with early treatment intervention, even if symptoms are subtle, a small Hungarian study suggests.

Researchers found that the precise localization of a mutation determines the impact on GAA enzyme activity, which in turn has been associated with disease onset.

Their study, “Correlation of GAA genotype and acid-α-glucosidase enzyme activity in Hungarian patients with Pompe disease,” was published in the journal Life.

Pompe disease is caused by mutations in the GAA gene, which provides instructions to make an enzyme called acid alpha-glucosidase (GAA). In the absence of this enzyme, or when its activity is reduced, glycogen (a sugar molecule) starts building up inside cells to toxic levels, causing damage — especially in muscles.

The type of Pompe disease is partly linked to the specific mutation affecting the GAA gene, which may impact disease severity and onset.

In the study, researchers in Hungary searched for a link between GAA variants and enzyme activity. They also looked at how it manifests in the disease.

Mean age at onset for late-onset Pompe disease patients was 48.3 years, and for infantile-onset disease, it was 4.5 months.

The most common mutation, found in 20 patients with late-onset disease, is known as c.-32-13T>G. Of those 20 patients, five had two copies of the c.-32-13T>G variant, while 15 had compound GAA variants — meaning different mutations in either gene copy.

Next, the researchers looked at the cross-reactive immunologic material (CRIM) status, an important predictor of a patient’s response to enzyme replacement therapy (ERT). ERT works by providing the GAA enzyme to Pompe disease patients. It is marketed as Lumizyme (alglucosidase alfa) in the U.S. and Myozyme in the European Union.

When the researchers measured enzyme activity on dried blood spots — a form of sampling where a drop of blood is blotted and dried on filter paper — they found that participants with late-onset Pompe disease had higher enzyme activity than those with infantile-onset disease. The lowest enzyme activity was found in patients who did not carry the c.-32-13T>G variant.

In addition, participants with two copies of the c.-32-13T>G variant had higher enzyme activity than those with compound GAA variants.

Due to the small number of patients with infantile-onset Pompe, however, the scientists were unable to establish a relationship among GAA variants, enzyme activity, and age of disease onset in this group.

“Further information on the effect of GAA gene variation on the efficacy of treatment and the extent of immune response to ERT would be of importance for optimal disease management and designing effective treatment plans,” the researchers wrote. 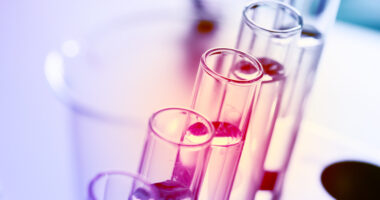