Certain protein modifications may enhance the ability of a therapeutically-delivered acid alpha-glucosidase (GAA) enzyme to be secreted and taken up by neighboring cells in models of Pompe disease, a study suggested.

Such approaches could offer ways to improve the effectiveness of gene therapies for Pompe, although more work is still needed, the researchers noted.

Pompe disease is caused by mutations in the GAA gene, which lead to the deficient production of the GAA enzyme. That enzyme helps to break down a complex sugar molecule called glycogen inside cells.

Enzyme replacement therapy (ERT) to replenish GAA is used to treat Pompe patients, but infusions are typically needed about every two weeks. One treatment option now under investigation for Pompe disease is gene therapy, designed to deliver a healthy copy of GAA to cells. This would enable patients’ cells to produce their own healthy GAA enzyme.

Both treatment approaches rely in part on the ability of cells to take up GAA. In the case of gene therapy, not all cells will take up the corrected gene, so the ones that do must “cross-correct” those that the therapy misses. Essentially, this means that the gene-corrected cells secrete healthy GAA precursors that the uncorrected cells can take up and use to make mature GAA — in effect bypassing the faulty machinery that prevented them from making their own from scratch.

In this study, an international team of researchers investigated ways to enhance this cross-talk in an effort to increase the potential efficacy of gene therapies.

First, the team generated a new cell culture model of Pompe disease. To do this, they genetically edited mouse skeletal muscle cells to house severe mutations seen in patients with early infantile-onset Pompe disease, the most severe type of the disorder. Skeletal muscle was selected because it is a main target for gene therapy in Pompe.

Cells in the new model showed signature characteristics of Pompe, including lack of GAA activity, buildup of glycogen — the sugar molecule that accumulates in Pompe — and elevated p62, a biomarker of Pompe disease. Surface levels of cation-independent mannose 6-phosphate receptors (CI-MPRs), which are thought to mediate the ability of GAA to be taken up into cells during cross-correction, also were reduced.

Altogether, the findings supported that these new cells were a good model of the human condition, the researchers said.

Next, the team developed three modified versions of GAA — each fused with peptides, or short chains of amino acids, the building blocks of proteins. Researchers believed they might have the ability to enhance the secretion of GAA and its uptake by neighboring cells. Each version was packaged into a viral carrier, often used to package gene therapies, and delivered to the new cell model.

Results showed that GAA modified with IFN-beta-1 leader peptide (IFG) showed the greatest ability to restore GAA levels and secretion from the cells. It also showed the ability to normalize p62 and, to some degree, CI-MPR levels.

While the modified enzymes could improve the uptake of GAA in neighboring cells, their ability to do so was lower in the Pompe mutant cells than in healthy cells. This finding is “probably due, at least in part, to the low CI-MPRs levels present in [mutant] cells,” the researchers wrote.

The enzymes were then packaged into a viral carrier intended to target the therapy to the liver. Mice lacking GAA — a model of Pompe — were injected with them and GAA activity was measured a month later.

Results showed that all of the modified GAAs, and an unmodified one, were similarly effective at normalizing GAA activity in blood serum compared with the liver and also in the heart. Reduced glycogen buildup in the heart also was observed.

While the findings support that IFG-modified GAA might be a promising way of enhancing gene therapy, “we consider that it requires further refinement before moving forward to [gene therapy] applications,” the researchers concluded. 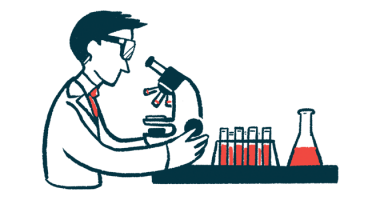