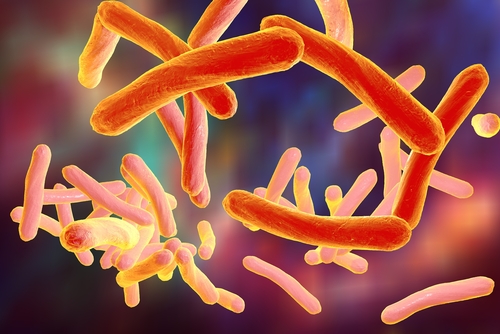 PerkinElmer announced that its in-vitro diagnostic (IVD) kit able to test newborns for the six most commonly screened lysosomal storage disorders (LSDs) has been approved by the U.S. Food and Drug Administration (FDA).

The kit, the first commercialized using mass spectrometry instrumentation in the U.S., can screen for all six of these disorders — which include Pompe disease — using a single spot of dried blood from an infant as a sample.

The 510(k) clearance from the FDA means that PerkinElmer successfully applied to market its NeoLSD™ MSMS kit.

IVD tests are done on samples such as blood or tissue to detect diseases or other conditions. The NeoLSD MSMS kit uses mass spectrometry (MSMS), a laboratory technique that identifies compounds based on the composition of their molecules and their charges, and is known for its efficacy and high sensitivity. Such accuracy is important both in identifying newborns with lysosomal storage disorders — caused by the dysfunction, deficiency, or absence of a lysosomal enzyme — and in avoiding false positive results.

It works as a screening diagnostic by analyzing the activity of enzymes such as acid-β-glucocerebrosidase (ABG), acid-sphingomyelinase (ASM), acid-α-glucosidase (GAA), β-galactocerebrosidase (GALC), α-galactosidase A (GLA) and α-L-iduronidase (IDUA) in newborns.  These enzymes are known to play a role in the progressive accumulation of substances in the lysosomes of tissues leading to LSDs such as, respectively, Gaucher disease, Niemann-Pick A/B disease, and Pompe, Krabbe, Fabry, and MPS I disease.

In a company press release, Naren Bhat, general manager for mass spectrometry, said: “PerkinElmer is the only company that offers a comprehensive IVD solution for analyzing these six LSDs from a single blood spot sample. We continue to innovate and develop screenings for an increasing number of LSDs to meet the evolving needs of our customers.”

The company states that its  NeoLSD MSMS allows clinical laboratories to significantly reduce their sample preparation and analysis times, while running upwards of hundreds of tests per day. Average run time per sample is about two minutes, PerkinElmer states on its webpage.

The FDA uses the 510(k) clearance as an assessment of medical products asking to be made available to the public.

Kara Elam Kara Elam is currently working on her Doctorate in Health Policy. She holds Master Degrees in both epidemiology and microbiology. Her research interests include emerging viral diseases, the intersection of human rights and intellectual property rights, and ending violence against women.