The same common GAA gene variants that cause Pompe disease can lead to symptoms first appearing at very different ages, and this may be due to factors that modify how genes work, a study of a global database suggests.

These findings “will be important for diagnosis, genetic counseling, decision making on the start of treatment … and for research into the identification of additional modifying factors,” its scientists wrote.

The study, “Broad variation in phenotypes for common GAA genotypes in Pompe disease,” was published in the journal Human Mutation by a team of researchers in the Netherlands.

Pompe disease is caused by mutations in GAA, a gene that provides instructions to make an enzyme called acid alpha-glucosidase (GAA). Shortage or deficient activity of this enzyme results in a toxic buildup of glycogen (a sugar molecule) inside cells, causing damage to tissues.

Mutations in GAA gene, which provides instructions to make an enzyme called acid alpha-glucosidase (GAA), cause Pompe. This enzyme’s low or deficient activity results in a toxic buildup of glycogen (a sugar molecule) inside cells, damaging tissues.

A person’s disease type depends partly on the specific mutation, or variant, affecting the GAA gene — and whether it leads to a total or partial loss of the enzyme it encodes.

“While most disease-associated GAA variants are rare,” the researchers wrote, “a number of variants occur more frequently.”

One such common variant, called c.-32-13T>G, is linked to a broad variation in age at symptom onset, ranging from early childhood to late adulthood. This raises the question of other genetic or environmental factors may drive the disease course in people with this mutation.

For other common GAA variants, information on symptom variability is largely unknown.

Using information stored in the recently updated Pompe disease GAA variant database, the team looked at variations in the age of onset for the most common GAA variants and possible modifiers.

Researchers plotted differences in age of disease onset for five types of GAA variants based on disease phenotypes (observed traits), like classic infantile and childhood- or adult-onset disease, with each found in at least four patients in the registry. Patient ethnicity or ethnic descent was also noted, as three variants are common among Caucasians (c.-32-13T>G, c.525del and c.2481+102_2646+31del), two in Asian populations (c.1935C>A and c.2238G>C) and one among African-Americans (c.2560C>T).

Age at onset among patients carrying one copy of a certain GAA variant plus one copy of a null allele, and in those whose two GAA copies with the same mutation, was seen to vary widely — by up to 71 years between the youngest and oldest patient. Such variation, including in disease severity, was independent of ethnicity. (A null allele is a severe mutation that results in no enzyme being made; it’s found in classic infantile patients.)

Other mutations in one copy were associated with more narrow age ranges at symptom onset, when combined with a null allele in the other gene copy (known as heterozygous mutations).

“The c.-32-3C > A splicing variant was associated with childhood onset when combined with a null allele, but with onset at adulthood when present at homozygous state (median 35, range 31–43 years),” the study noted.

Overall, this variability in age at symptom onset “suggests that disease-associated and potentially variant-specific modifying factors exist for Pompe disease that can delay or accelerate the progression of the disease course,” the investigators wrote.

Indeed, three patients with c.-32-13T>G and null allele in combination, who also carried the genetic modifier c.510C>T (which results in lower GAA activity), experienced their first symptoms as children (at ages 3, 9 and 12).

This finding confirmed that “the c.510C>T variant is a disease modifier that accelerates age at symptom onset when combined with the [more common] c.-32-13T>G variant,” the researchers wrote.

Other potential genetic modifiers did not lower GAA activity, suggesting they act on processes induced by the GAA enzyme, the team added.

“We speculate that candidate modifying factors may act in trans and may modulate cellular pathways that are known to be involved in the progression of Pompe disease, such as glucose metabolism, lysosomal biogenesis, autophagy [a cell cleaning process], and skeletal muscle strength and endurance,” the researchers concluded. 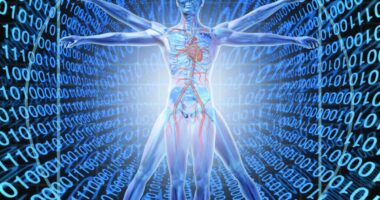