A small study in the U.K. is evaluating a noninvasive MRI-based tool that could potentially detect late-onset Pompe disease (LOPD) without the need for invasive muscle biopsies.

This specialized muscle MRI also would monitor glycogen buildup — a hallmark of the condition — in muscles over time.

The clinical trial (ISRCTN11241741) is still seeking participants, according to a tweet from the John Walton Muscular Dystrophy Research Centre, one of the four study sites. All of the trial sites are in Newcastle, in northeast England.

The study aims to enroll 10 LOPD patients, ages 12 and older, who do not yet have symptoms (pre-symptomatic) or are experiencing only mild symptoms (early symptomatic). Additionally, 10 age- and sex-matched healthy volunteers will be recruited to serve as controls.

Pompe disease is a rare genetic disorder caused by mutations that lead to a missing or deficient alpha-glucosidase (GAA) enzyme. As a result, glycogen, a complex sugar molecule, builds to toxic levels inside cells. In muscle fibers, this leads to the loss of muscle, which is irreversibly replaced with fatty tissue, causing progressive muscle weakness.

In two types of the disease, symptoms appear during infancy, or by a child’s first year of life. Late-onset Pompe is the third type and, as the name implies, is characterized by a later symptom onset, occurring during childhood or adulthood.

The standard treatment for Pompe, enzyme replacement therapy (ERT), involves supplementing the missing enzyme in patients to prevent glycogen accumulation. This approach has been shown to reduce glycogen buildup, prevent muscle weakness, and lessen the need for supporting ventilation.

But current guidelines suggest that ERT should be initiated only in patients with signs of muscle weakness. For some individuals, a considerable amount of muscle has already been lost by the time the disease is diagnosed.

“Therefore, in theory, earlier treatment of LOPD patients, whose muscles are not replaced by fat yet but contain high levels of glycogen, should delay muscle worsening and avoid permanent motor and respiratory disability,” the researchers wrote on the trial’s page.

However, there currently is no noninvasive test capable of measuring muscle glycogen, which “could identify patients at risk of muscle degeneration, even before they start presenting muscle symptoms or coinciding with the presence of minor muscle weakness,” the researchers wrote in the trial’s protocol.

Preventing the need for invasive testing

The ongoing trial, launched in January, is evaluating a specialized type of muscle MRI called 13C-spectroscopy as a tool for quantifying glycogen buildup in muscles. Such a tool could prevent the need for invasive muscle biopsies for testing glycogen buildup.

Previous studies suggested that this tool can identify glycogen in different organs of the body. In the only study including LOPD patients, this method revealed higher glycogen levels in patients’ muscles than what was found in healthy controls.

Eligible patients must have a confirmed diagnosis of Pompe disease, through the detection of lower-than-normal GAA levels and/or genetic testing. Those already showing symptoms must have had symptom onset after the age of 3. All travel and meal expenses will be reimbursed for the patient and one accompanying person.

Participants will undergo several assessments at the study start, including a clinical assessment, muscle function tests, blood tests, muscle MRI scans, and a number of participant-reported measures. Patients will come back for an additional visit a year later to complete all measures. Volunteers will report only once to the testing site.

The trial’s primary goal is to evaluate whether the MRI technique can identify the presence of glycogen in the muscles of presymptomatic and early-symptomatic LOPD patients, and differentiate them from healthy volunteers.

Investigators also will monitor changes in glycogen buildup in LOPD patients after one year.

Another secondary goal of the trial is to assess whether an MRI technique called T2-weighted can detect changes in glycogen composition in the skeletal muscles, and whether that composition is different in patients and healthy controls.

Muscle strength and function tests also will be administered to determine whether any muscle damage exists, and whether muscle function is associated with the extent of glycogen buildup in LOPD patients.

“If we succeed, muscle MRI could be considered a reliable biomarker which is useful as a follow-up tool of the progression of the disease and to monitor the effect of therapies in its progression,” the researchers wrote.

6MWT With LOPD Patients May Depend Most on Age, Walker Use 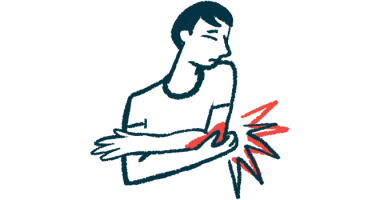