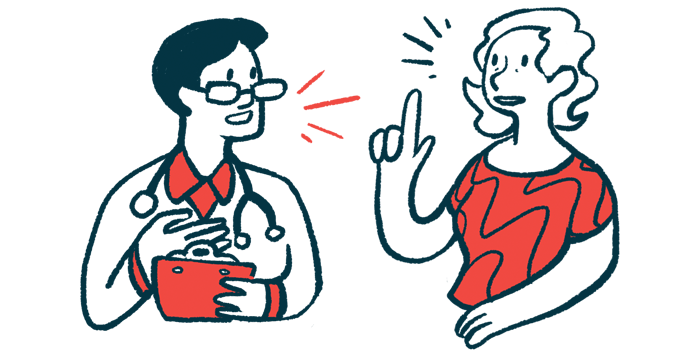 Fatigue, pain, muscle weakness, and breathing difficulties are the most common and highly disabling symptoms of late-onset Pompe disease (LOPD), according to a study that combined data collected from published literature, expert clinician interviews, and patient interviews.

In addition, patients reported that mobility problems had the most impact on their lives, reducing their ability to perform activities of daily living and participate in leisure and work/study activities.

These findings were used to create a conceptual model highlighting LOPD’s most frequent and relevant symptoms, as well as symptom impacts. The model is expected to support the development of a comprehensive, LOPD-specific patient-reported outcome (PRO) tool that can address the gaps of existing instruments, the researchers noted.

The study, “Qualitative interviews to improve patient-reported outcome measures in late-onset Pompe disease: the patient perspective,” was published in the Orphanet Journal of Rare Diseases.

LOPD is characterized by a range of neuromuscular, respiratory, and gastrointestinal symptoms that can start during childhood or adulthood and vary in severity. A later symptom onset is associated with a milder disease course.

Data from previous studies showed that muscle weakness is one of the disease’s most common initial symptoms and that adult patients “typically develop respiratory and skeletal muscle dysfunction leading to a need for assisted ventilation and loss of [walking skills],” the researchers wrote.

However, the frequency of LOPD symptoms and their impact on patients’ daily lives remain poorly established.

Such information is essential to develop more accurate, comprehensive PRO tools that capture the most relevant symptoms and symptom impacts of LOPD, which can be used to assess patients’ clinical change and response to therapeutic interventions.

Currently, no such comprehensive, disease-specific PRO exists for LOPD.

To address this, researchers at Sanofi Genzyme and IQVIA developed a conceptual model that provides interview-based evidence regarding the most relevant symptoms and functional limitations that LOPD patients experience.

Sanofi is the developer of the only therapeutic approach approved for Pompe disease, known as enzyme replacement therapy.

A preliminary model was first constructed based on a review of published literature and feedback from three clinicians who specialize in LOPD, collected via interviews. This early model was then used to inform the development of a patient interview guide meant to gather their perspective on symptoms and impacts relating to LOPD.

Of the 26 adult patients expressing interest in the study, 13 (seven men and six women) completed the three predefined rounds of interviews, conducted by phone in 2015 and involving three to five patients each.

Participants, all living in the U.S. and receiving ERT, were recruited with the help of the Acid Maltase Deficiency Association. Their mean age was 56 (range, 31–71), they experienced their first symptoms at a mean of 21 years, and they had been living with a LOPD diagnosis for a mean of 12 years.

Of note, breathing issues included trouble breathing while lying down and shortness of breath.

Among frequent symptoms, muscle weakness and fatigue were reported to affect patients’ daily living the most.

In addition, the most frequently reported symptom-related impacts included a reduced ability to perform household tasks (92.3%) and participate in leisure or social activities (84.6% for both), weight gain (76.9%) and difficulty rising from an armchair (76.9%).

Those with the highest levels of disturbance on patients’ daily lives included limitations associated with mobility, such as difficulty rising from a sitting position or getting up after bending, and activities of daily living, such as a lesser ability to participate in social/family activities or work/study.

These findings were compared with those of the literature review and clinician interviews to identify the most relevant and significant effects of LOPD from the patient perspective and further refine the conceptual model.

Greater weight was given to patients’ reported information versus expert opinion (which sometimes differed in symptom impacts), and some concepts were reworded to reflect patient-preferred rather than clinical language.

The final model comprised seven categories — breathing and respiratory, muscle, mobility, eating, daily activities of living, psychosocial, and other — each including separate items reflecting their relative importance in the lives of LOPD patients.

Muscle weakness, fatigue, breathing difficulties, and pain “were confirmed as the most relevant symptoms whereas mobility problems, especially those associated with [activities of daily living], were confirmed as being most representative of how symptoms impacted on patients with LOPD,” the researchers wrote.

Notably, several of the most frequent and impactful symptoms reported by these patients “are not captured by currently available instruments,” they added. These include upper and lower body muscle weakness, breathing problems, back pain, loss of balance, falling, and difficulty getting up from a fall.

This model is expected to “aid in the creation of a novel PRO instrument for patients with LOPD which can address the gaps in existing PRO tools,” the researchers wrote.

The study “highlights the importance of ensuring all relevant symptoms and associated functional impacts experienced by patients and expressed in patient-preferred language are included in comprehensive PRO measurements in LOPD-specific clinical trials,” they added.

Researchers noted, however, that the small number of participants in the study (13) may limit the generalization of its findings to the overall LOPD patient population and to those who are not being treated with ERTs. 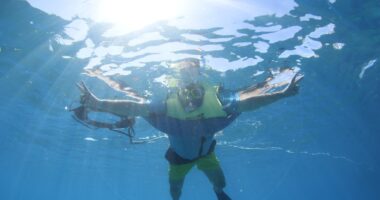